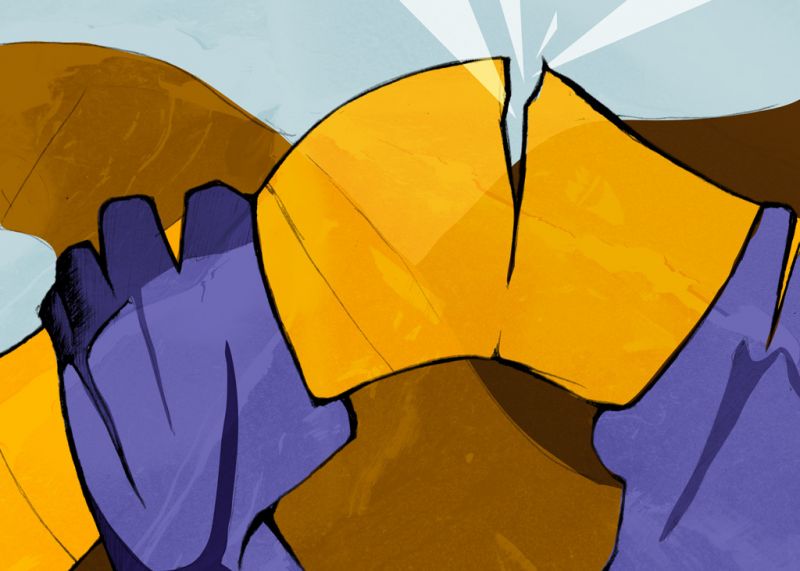 The initial discourse seems to have been prompted by Apple’s inclusion of a continuous vertical scroll feature in the latest version of iBooks.

Prior to that, however, many websites have adopted the idea of an infinite scroll when displaying data. The effect being that once a user has reached the “bottom” of a “page,” additional content would be loaded automatically and appended to the existing document.

In this latest round of discussion, the advocates of scrolling have said that this technique allows users more fine-grained control over their content consumption, because they can position a line of text exactly where they need it in the display. By eliminating the “flip” or the loading of a new url, the user will not inadvertently lose their content by making an accidental click or tap.

It has also been argued that the very idea of paging is simply an artifact held over from traditional media that has no place in the digital world. Binary content has no real boundaries, so imposing artificial breaks to it is unnecessary.

Arguments against this type of scrolling feel that it actually gives the user too much control. At any given point in a document, when the user needs to scroll, they have to visually track the last line they read to its new position in order to continue reading. In addition to that, it requires much more interaction. A reader must continually adjust the viewport to load in additional content, a potential hindrance to the actual task of reading. Pagination, on the other hand, would require at most a single tap or swipe to completely refresh the screen.

While it is true that the idea of a page is based on the book, I think what this argument fails to account for is the fact that screens are still finite in size. Pages, therefore, allow for predictable start and stop points for the eye, top left and bottom right.

Scrolling also has the potential to eliminate much of the user’s spatial awareness of their place within a given set of content. An example of this can be found on the Whitehouse’s petition website. When a user reaches the bottom, more signatures are loaded, but what if I wanted to see the very first signature? In a system that included pagination, I would know exactly how many pages were present, and I could jump to the desired section. With a system based on scrolling, I have no idea how much I would need to scroll to reach the desired page.

Apple’s implementation in iBooks is actually a bit of a hybrid here. They include a bar that references the page number, even though the content itself isn’t restricted by the breaks. Another designer has proposed a gesture based system that tracks where you left off in the content stream, and anchors to that line when you release the scroll. While I think this is very clever, anything gesture based, especially something so error prone, is tough to advocate for when the user base for touch devices is so broad and diverse.

In the quest for a more art-directed, design-driven web, scrolling has been a major hurdle. Trying to design something with contrast and balance is very difficult when the height is potentially infinite, and the width often unknown. In addition to that, URLs and HTML just aren’t easily accommodating to the idea of pages, so for the most part we haven’t thought about them for some time.

With the rise of handheld computing, and the dominance of applications, pages have come back, and consequently so has the potential for truly designed and curated information experiences.

No one methodology will truly win out over the other, both have their merits, and context is everything. During the day I scroll through web content constantly, but ask me to read something 10 times longer, and the prospect sounds much less enjoyable. What excites me most about this is the challenging of long accepted notions, because what was good yesterday, may or may not be good today.