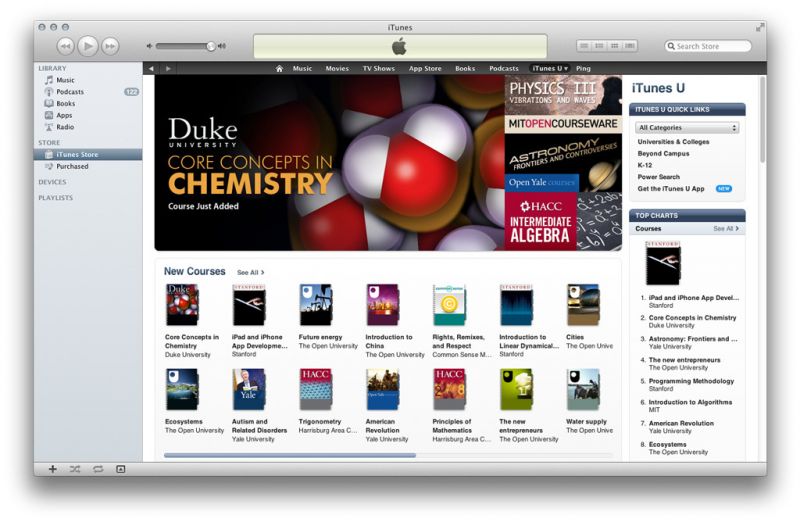 The web is abuzz with Apple’s recent announcement of their new education products: a new version of iBooks, iTunes U, and the addition of textbooks to the iBookstore.

Overall, I find all of these announcements very exciting. I believe that they show where the industry is headed, and education is going digital.

As with any Apple announcement, however, there is some controversy. This time it is around iBooks Author, which is software Apple released to help generate these new textbooks. Chief among these complaints are:

Books that are generated via this software may only be sold in the iBookstore.

The files that it generates use some of the ePub standard, but are essentially a proprietary format.

My general response to both of these concerns is: Stop waiting for Apple to fix your industry!

The chief theme between these two complaints is that instead of Apple releasing an eBook authoring program that could be used to generate anything, their program only generates iBooks.

The industry has had their share of proprietary formats, and I can understand some of the concern, but Apple had no choice in this case. The current standard for ePub does not support all of the features that Apple wanted to include, so even if this software did generate an ePub, the result would be a sub-par experience in anything other than an iBook reader. Not only that, why should Apple be expected to support a format that they created on somebody else’s hardware and software? Are people also upset that XCode compiled apps don’t run on Android?

This is another instance of Apple looking around at an industry, seeing that nobody else was doing what they wanted to do, so they did it.

This new platform release has been compared to Apple’s creation of WebKit from the KHTML project. There, Apple started from an open source project, and developed it into one of the most popular rendering engines around. They did so by first starting with the standards, but more importantly they built on top of them, adding WebKit specific extensions to CSS. This ultimately pushed forward the web as a platform.

In the case of the web, however, they were creating an engine that needed to parse existing content as well as create new opportunities for developers. In the case of the iBookstore, Apple is creating a format where none has existed before. They had to figure out a way to store their new features, create a reader to display them, and then some software to encourage others to develop on it.

Going forward, if the ePub body embraces what Apple has done with the format, maybe it will become a standard, but that isn’t really Apple’s primary concern. Their concern is to make the best digital textbook that they can, and I think they have. Time will tell if Apple is right, and so far they have been.